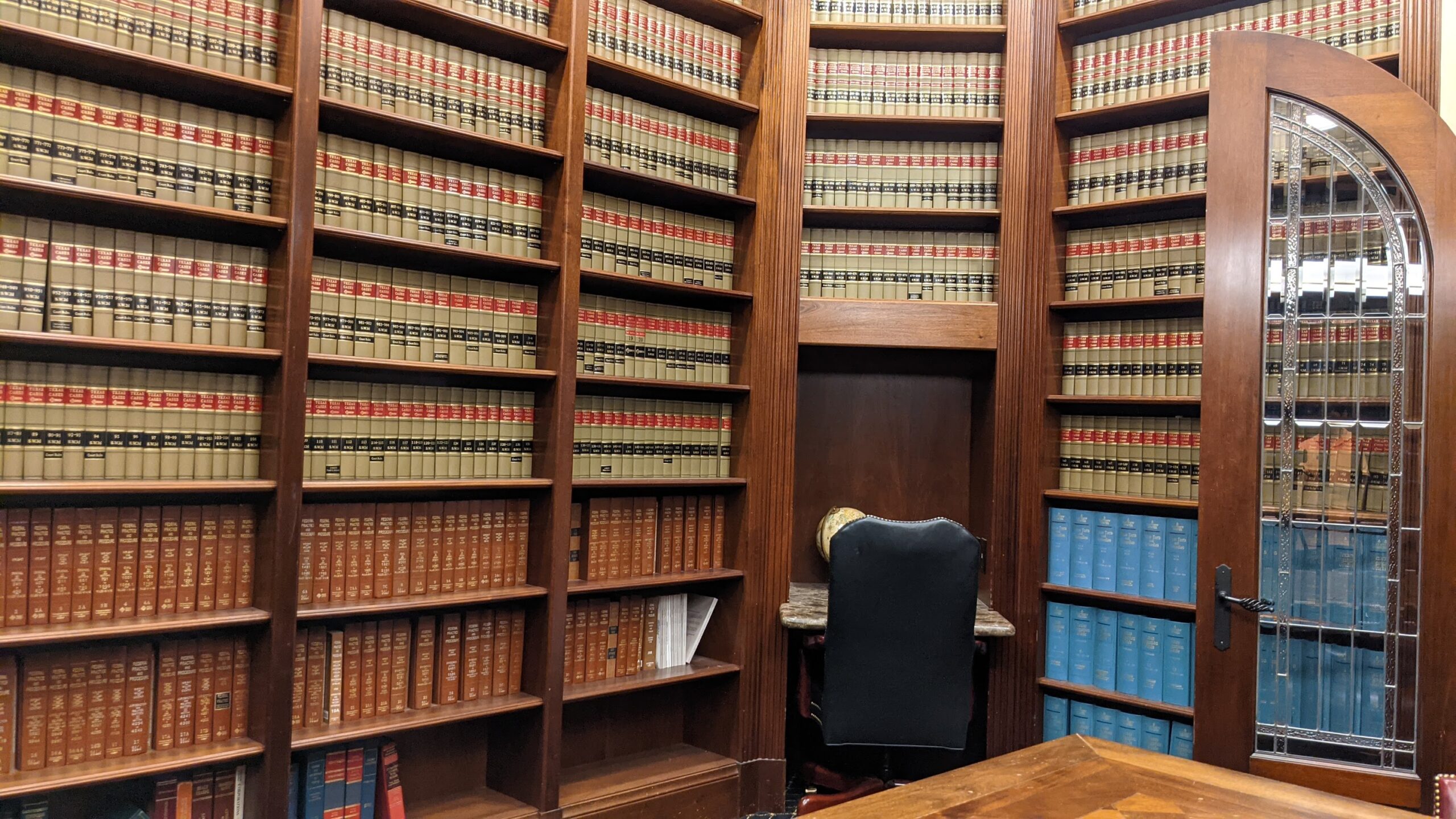 The judgement also will come with a substantial amount of interest owed on the $1.7 million dollar judgement over the last couple years. The jury found that Alleyton Resources retaliated and wrongfully terminated Mr. Ball for instituting procedures under the Texas Worker’s Compensation Act.

The $52,646,326.17 award marked another significant win for Doyle Dennis LLP. If you or someone close to you has suffered an injury due to negligence or premises liability, contact the lawyers at Doyle Dennis LLP for an evaluation of your potential claim.

Following a September 2013 jury verdict of $9.6 million, the court entered a judgment of $8,512,068 for an injured offshore worker. Mr. Williams was employed by Diamond Offshore on the semi-submersible drilling vessel, OCEAN LEXINGTON, as a drilling worker in January 2008 when he was injured while offshore Egypt.

On September 28, 2016, a Wake County Superior Court Jury (Raleigh, North Carolina) found that former North Carolina State Trooper Reginald Newberne had been wrongfully fired by the Department of Public Safety for reporting misconduct by other troopers implicated in the unjustified assault of a young man during an arrest and awarded compensatory damages of $1.9 million, including $700,000 in economic damages to Mr. Newberne’s career and $400,000 in non-economic damages.  The jury also found that the violation was willful, entitling Mr. Newberne to attorneys’ fees, costs, and potentially additional damages.

The Oregon National Guard soldiers, along with other U.S. and British military personnel, guarded the Qarmat Ali water treatment plant, near Basra, Iraq, which KBR was contracted to rehabilitate by the U.S. government. The soldiers alleged KBR misled them about the presence and risks associated with sodium dichromate, an anticorrosive agent used to clean pipes at the plant. Sodium dichromate contains hexavalent chromium, a known carcinogen banned in the U.S.

Ms. Stinson, a long-time flight attendant for Continental Airlines, was injured in December 2003, when she was thrown through the plane cabin backwards as her plane was forced to brake during an emergency on takeoff. She suffered injuries to her neck and back. The incident, which occurred on a United States armed forces’ charter flight to Iraq, was witnessed by many soldiers on the airplane. Despite this, AIG refused to pay for the medical care Ms. Stinson needed for her neck injury. Instead, they continued to fight Ms. Stinson at every turn, sending her to biased doctors and placing roadblocks every step of the way. In November 2010, a Harris county jury found AIG to have knowingly acted in violation of the Texas Insurance Code and the Deceptive Trade Practices Act, and awarded her $1,759,000.

A Houston jury, in May 2009, awarded more than $4.5 million to Doyle LLP Trial Lawyers client Capt. Charles Norfleet for injuries sustained while being transferred in a personnel basket from a crew boat to a lightering ship in the Gulf of Mexico. The jury found both Chemikalien Seetransport GmbH of Hamburg, Germany and Heidenreich Marine, Inc. of Connecticut responsible for negligence during the ship-to-ship transfer operation. Following a nearly four week trial, the jury deliberated for less than two hours before returning its unanimous verdict in the 133rd District Court of Harris County.

After a successful career in the insurance industry, Lloyd Snyder chose as a second career to be a psychiatric nurse at a major Houston hospital. In October 2002, Mr. Snyder was attacked at work by a psychiatric patient and suffered a painful, but manageable, injury to his cervical spine. His doctors, and even doctors hired by his workers’ compensation claims handlers, agreed that Mr. Snyder had suffered a significant injury and needed surgery. He needed his workers’ compensation insurance company’s help.

When a major U.S. shipping company refused to honor its responsibilities to a long-time employee who suffered career-ending injuries as a result of a fall on a tanker in the Gulf of Alaska, Doyle LLP Trial Lawyers took the case to trial. A Texas jury returned a verdict for Doyle LLP Trial Lawyers’ client of over $2.56 million. Results obtained depend on the facts of each case.

Melvin Pace, a roustabout, working on an offshore oil production platform in the Gulf of Mexico was injured when the helicopter, a Sikorsky 76, transporting him and a crew back to shore caught fire and violently crashed into the Gulf of Mexico. The owner and operator of the helicopter, Houston Helicopters, had failed to adequately maintain the helicopter, including fixing a significant oil leak, which caused the fire. To add insult to injury, the helicopter was not equipped with proper life vests and Houston Helicopters failed to notify the Coast Guard of the crash for nearly seven hours. As a result, Mr. Pace and the other passengers were forced to remain in the Gulf of Mexico for hours until they were rescued. Once home, Mr. Pace underwent surgical treatment to his lower back. In February 2008, a Brazoria County jury awarded $2.16 million in damages.

Darold Burch had a long and successful career as a seismic gun mechanic, but was injured severely when he struck his head on an improperly placed beam in his work area. The beam was placed too low across the slipway area of the gun deck on the seismic survey vessel WESTERN PRIDE. Burch began to experience severe post-traumatic headaches after the incident, and ultimately was diagnosed with multiple cervical disc injuries that required surgical repair. Westerngeco blamed Mr. Burch for the incident, but a Houston jury disagreed and returned a verdict in December 2007 against the Schlumberger subsidiary for $1.6 million in damages in the 270th District Court of Harris County, Houston, Texas.

After a Supply Ship Captain was viciously attacked by an unruly and inadequate crew off the coast of Africa, a major U.S. shipping company refused to honor its responsibilities to its employee who was suffering back, neck, head, and psychological problems as a result of the attack. A Texas jury returned a verdict in August 2007 for Doyle LLP Trial Lawyers’ client of $1,505,000, which was more than ten times the highest settlement offer of the shipping company.

The judgement also will come with a substantial amount of interest owed on the $1.7 million dollar judgement over the last couple years. The jury found that Alleyton Resources retaliated and wrongfully terminated Mr. Ball for instituting procedures under the Texas Worker’s Compensation Act. 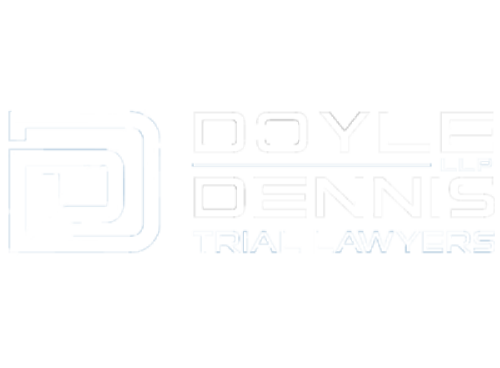